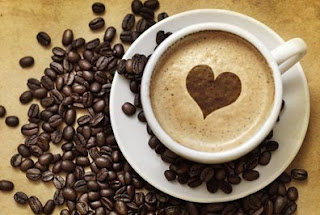 When we think about refreshment, the first thing that comes to our mind is coffee or tea. Most people prefer coffee and most prefer tea and these two drinks have become a part of a human being’s life.

Here we (I) have concentrated on coffee which is considered as a traditional drinks especially in south India. People here start their everyday life with a cup of coffee. Not only in south India but in all parts of the world people are so dependent and addicted to coffee that it acts as a daily schedule to every body every where. But this coffee is not grown in all parts of the world but is grown in very few places with right kind or weather, atmosphere and most important of all, the soil of that region.

It is usually grown in hill stations with adequate amount of rainfall and such places which are high above sea level. Therefore in India, Karnataka is such a place, especially South Karnataka which produces the highest amount of coffee in whole India. Most parts of Karnataka such as Chikmagalur district and many parts in Hassan District, and also Coorg.

So people here feel proud to be citizen of such place where coffee takes its birth. So that being the main reason, I have concentrated on a organization which has its roots spread very vast in coffee industry and is a major player in worlds import/export of coffee and deals in coffee beans curing activities present in Hassan.

Having its head office in Hassan and spreads over all parts of India, it is the one of the biggest organization in the coffee industry. ABCTCL was stated in the 1991 year and owned by Mr. B.G Siddarth. Registered office of ABCTCL is in Chikmagalur and has its own coffee growing estate which spreads in a area more than 5000 acres in Chikmagalur district.

Amalgamated Bean Coffee Trading Company Limited is perhaps one of the two fully integrated coffee companies of Asia, involved in all sectors of Coffee from plantations to retailing to exports.

Amalgamated Bean Coffee Trading Company, better known as "ABC", is one of the largest exporters of green coffee from India since 1999. ABC's business mission has its roots in coffee knowledge. This culminates into an incessant effort to adapt to dynamics of the coffee market resulting onto a leadership role. ABC has invested well into a Research and development on coffee quality that supports our domestic promotion of various blends of coffee and augments our export activities.

However, the corporate office of ABCTCL is situated in Bangalore which manages all the activities of ABCTCL all over India.