A Study on Sugar Industry at Chamundeshwari Sugar 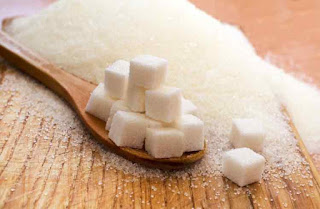 The discovery of sugarcane from which sugar was produced had been known since thousands of years. It is thought to have originated in New Guinea, and was spread along routes to Southeast Asia and India. The process known for creation of sugar, by pressing out the juice and then boiling it into crystals, was developed in India around 500 BC.

Its cultivation was not introduced into Europe until the middle-ages, when it was brought to Spain by Arabs to thrive in a most favorable climate.

It was not until the eighteen century that sugarcane cultivation was began in the United States, where it was planted in the southern climate of New Orleans. The very first refinery was built in New York City around 1960; the industry was established by him 1830s. Earlier attempts to create a successful industry in the U.S. did not fare well; from the last 1830s, when the first factory was built. Until 1872, sugar factories closed down almost as quickly as they had opened. It was 1872 before, built in California, and was finally able to successfully produce sugar in a profitable manner. At the end of that century, more than thirty factories were in operation in the U.S.

Indian sugar industry is going through a rough weather on account of decline in international / domestic market prices for sugar, higher cost of production, high carry over of stocks, higher cane price fixed by some state government through the SAP(state advised price) than the SMP (statutory minimum price) announced by the government of India have initiated certain measures such as rationalization of sugar cane prices, operationalisation of futures /forward trading etc., aiming to complete decontrol of sugar industry. Export incentives like inland transport subsidy up to port for export of sugar are also offered. To tide over surplus stocks of sugar, the government of India have approved three exchanges for futures /forward trading in sugar viz. e-commodities Ltd., Mumbai; NCS InfoTech Ltd.

Sugar is most important agro based industry of India and it has marked place in the country’s economy the reforms the liberalization policies of government of India are fast taking place and changing the industry scene in the country in the country. However it appears that the winds of liberalization and deregulation with are blowing presently through other industrial sectors has bypassed the sugar industry.

More over Indian sugar industry have spread over mainly in rural areas, as such major share of benefits should flow towards rural population. Besides present position of the industries shake less the policy of supporting farming economy by increasing sugar cane prices will ultimately raise the sugar crop. So emphasis has to be towards cane development both by Yield and quality. So at this junction it would be appropriate to consider, if no full liberalization at least partial by eliminating some of the undesirable constraints which would help industry in the changing environment when India needs to increase its foreign earnings, in the world market.

India has been known as the original of sugar and sugarcane. Indian mythology support the above fact as it contains some legends showing the origin of sugarcane, the growth of the sugar industry is full of tales of adventure and conquest.