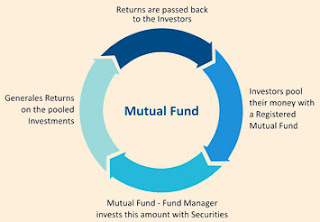 This study has been undertaken to evaluate the performance of the Indian Mutual Funds vis-à-vis the Indian stock market. For the purpose of this study, 21 open ended equity based growth mutual funds were selected as the sample. The data, which is the weekly NAV’s of the funds and the closing of the BSE Sensex, were collected for a period of 5 years starting 19/03/2004 to 13/02/2009.

Different statistical tools were used on the data obtained to get the average returns, absolute returns, standard deviation, Fund Beta, R-squared value, residual value, Relative Performance Index were calculated. These variables of the funds were compared with www.projectskart.com the same variables of the market to assess how the different funds have performed against the market.

All the funds were classified into a hierarchical cluster on the basis of their average returns, absolute returns, standard deviation, fund beta, and relative performance index. This classification was to see whether the funds have similar properties or not.

All the mutual funds gave similar returns with respect to the market expect for certain time period which was during the late 2005 and early 2006. There is a positive correlation with the absolute returns of the market and the mutual funds over the period of time. The study showed that the standard deviation of the funds were high during the boom period in comparison with the market and were comparatively lower when the recessionary trend started. The fund betas also show that there is significant correlation between the fund returns and the market returns. Of the 21 funds considered for this study, 7 funds had RPI less than 0.7, 3 funds had RPI of almost 1 and 11 funds had RPI of more than 1.

The results of the U-Test showed that all the funds are accepting the hypothesis that is they are giving returns in sync with the market except for one fund which is UTI CCP Advantage growth fund, whose returns vary significantly from the market returns. With the help of clustering it was seen that a lot of different funds have similar properties and so were classified into one cluster. There were a few outliers who didn’t have any property in common with the other funds but still behaved more or less in the same way as the market and other funds. A U-Test was also done on the absolute returns and the results of this were also similar to www.projectskart.com the U-Test on average returns, that is, for UTI CCP Advantage Fund the returns were not similar to the market returns and varied significantly.

The mutual fund industry has been in India for a long time. This came into existence in 1963 with the establishment of Unit Trust of India, a joint effort by the Government of India and the Reserve Bank of India. The next two decades from 1986 to 1993 can be termed as the period of public sector funds with entry of new public sector players into the mutual fund industry namely, Life Insurance Corporation of India and General Insurance Corporation of India.

The year of 1993 marked the beginning of a new era in the Indian mutual fund industry with the entry of private players like Morgan Stanley, J.P Morgan, and Capital International1. This was the first time when the mutual fund regulations came into existence. SEBI (Security Exchange Board of India) was established under which all the mutual funds in India were required to be registered. SEBI was set up as a governing body to protect the interest of investor. By the end of 2008, the number of players in the industry grew enormously with 462 fund houses functioning in the country.

The mutual fund industry is considered as one of the most dominant players in the world economy and is an important constituent of the financial sector and India is no exception. The industry has witnessed startling growth in terms of the products and services offered, returns churned, volumes generated and the international players who have contributed to this growth. Today the industry offers different schemes ranging from equity and debt to fixed income and money market.

The market has graduated from offering plain vanilla and equity debt products to an array of diverse products such as gold funds, exchange traded funds (ETF’s), and capital protection oriented funds and even thematic funds. In addition investments www.projectskart.com in overseas markets have also been a significant step. Due credit for this evolution can be given to the regulators for building an appropriate framework and to the fund houses for launching such different products. All these reasons have encouraged the traditional conservative investor, from parking fund in fixed deposits and government schemes to investing in other products giving higher returns.