A Study on Employee Job Satisfaction at KMF 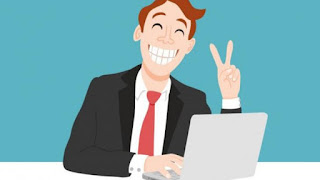 India is called the “country of villages” where it covers nearly 70% of its total area. In this relation we can say that Indian economy is base on rural activities and their development. Therefore we have to give prime importance to the rural activities.

A dairy is a place for handling milk and milk products. Technology refers to the application of scientific knowledge for practical purposes. Dairy technology has been defined as that branch of dairy science which deals with the processing of milk and the milk products on an industrial scale. In developed dairying countries such as the USA the year 1850 is seen as the dividing line between farm and factory scale production. Various factors distribute to this change in these countries such as the concentration of the population in cities where the jobs are plentiful, rapid industrialization, improvement of transportation facilities, development of machines etc., The rural areas are identified for the production, urban areas are for the processing of the milk.

Around 1500 BC to 2000 BC the Aryans were first to domesticate cattle. Use them for tilling their land obtain milk to be consumed as food. Again it were Aryans who priced the milk of a cow more than its meat, forbade its slaughter, created legends about it and even worshipped it. Hindus even to this day consider cow as sacred. Besides it were only the East (India/China) which domesticated buffalo as milch animal succeeded so well that today, more than half the total production of milk in India is obtained from buffalo.

Most of the farmers have one milk animal, they sell the milk through local milk contractors or middlemen. These traders have always exploited the poor and uneducated milk producers. It was in the late forties, when integrated approach for dairy development based on farmers owned milk co-operative was first adopted at Anand. The system includes milk procurement productions and marketing through farmer co-operatives. In India, the market milk technology may be considered to have commenced in1950 with the functioning of the Central Dairy of Aarey Milk Colony and milk product technology in 1956 with the establishment of AMUL dairy, Anand. The system of collective ownership, operation and control of milk trade by farmers came to be known as ANAND PATTERN. Anand pattern has given them an opportunity to have access to the modern technology.

The premises institution NDDB and IDC for application of the Anand pattern throughout the country. The whole project under which replication was envisioned, is named as “operation flood”. The success of Anand pattern depends as establishing a strong co operative infrastructure at the grass root level, making economically viable to strengthen.

Dairy industry offers employment opportunity to the people so as to help the farmers to get fair price of milk. The farmers are provided with medical facilities to their cattle. Milk is becoming an alternative life line in our rural economy. With the advent of white revolution that is “SKHEERA KRANTI” in the same pattern of Denmark and Holland.

Export of dairy products plays an important role in our foreign trade. It increases the foreign exchange and national income of our country and also economic development of our country