A Project report on Just In Time 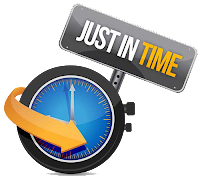 This report provides an analysis and evaluation of the Just-In-Time system, the advantages and disadvantages of the system and how it would benefit AG & Z. The Just-In-Time (JIT) system is a process where goods are ordered as required, as opposed to the currently used batch processing system where goods are made in bulk and stored in warehouses until sold.

The Just-In-Time system was initially developed to not only cut down the amount of waste produced by other systems, which was seen as incurring unnecessary costs rather than adding value to the company, but to also meet customer demands with minimum delays.   It has been found that when implemented correctly the JIT system can benefit the company in numerous ways.

For example, it has been shown to reduce the amount of inventory stored in warehouses as goods are sold direct to the customer as ordered.   It has also been shown to speed up production lead times, eliminate and/or minimise the amount of quality control and reduce the amount of faulty stock returned.   As well as benefiting companies in reducing transportation costs, as goods are sent from the factory to the customer rather then via a warehouse first.   Another advantage is, the JIT system allows the company to keep up to date with customer demands and new technologies as the goods are made to order so the newest technology available is used.

This is extremely important when dealing with goods that have a high turn over such as computers, because the goods would be produced as needed. It has also been proven to eliminate waste on any goods manufactured which have become obsolete due to technological advances.   While there are some disadvantages to the JIT system, such as stock outs and possible communication break downs, (explained in detail in the report), the advantages far out weight the disadvantages.