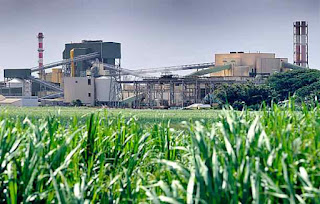 Today India has become largest sugar producer in the world. India produces 190-200 lakh metric tone of sugar per year. The sugarcane is being grown in many states of India like Maharashtra (First place), Uttar Pradesh, Gujarat, Karnataka. In Karnataka the sugar cane is mostly grown around Bagalkot, Bijapur, Belgaum, Mandya districts and coastal areas. The Sugar cane can be grown in all types of soil but higher yield can be obtained in black fertile soil.

2007 will mark a major change in the sugar market as Brazil, the traditional powerhouse in the arena, surrenders its crown over to the new leader, India. India is predicted to cultivate 33 million tones by the end of this year, nearly 20% of the entire world’s production.

Brazil’s dominance in the sugar market dates back a few decades, when Brazil overtook the title from Cuba. The tropical climate and good soil in the region gave the tiny Caribbean island a strong advantage over its competitors. Over the past two decades, however, the communist regime has destroyed the country’s sugar industry and today Cuba is a skeleton of its former self in terms of sugar production.

70% of Brazilian sugar is produced in the state of Sao Paolo, the lowest cost producer in the world as of 2005, at about 10 cents/lb. The strong Brazilian Real has changed the dynamics of the industry, though, as the currency strength has caused export prices to rise about 30%, placing it on a more equal footing with other competitors such as Thailand and India, which can produce a pound of sugar for around 18 cents. Brazil is also the world’s largest consumer of sugar, with per capita consumption around 55 kg/year, just beating out Mexico and far out passing the United States at 29 kg/year.

Much of this disparity is due to the ethanol industry, which in Brazil is far more advanced than any place else on the planet. The majority of cars sold in Brazil today can be run off pure sugar ethanol as the refueling infrastructure is already in place. The percentage of sugar in the ethanol is also around 50%, and increases as crude oil becomes more expensive.

India, which has less farmland than Brazil, also has poorer soil, poorer climate, and poorer infrastructure. It does, however, have one significant advantage on Brazil, a cheaper labor force, especially in the agriculture labor. This has allowed the country to compete in a very difficult industry.

Also, the de-regulation of the Indian business structure that has allowed the flourishing of technology companies is now expanding to the agriculture arena as well. India has been increasing its sugar production at a rate far faster than any other country in the world for several years. Total sugar production has nearly doubled in the past 3-4 years, moving the country from a distant 3rd, to become the new king of the sugar industry.

M/s. Nirani Sugars Limited (NSL), a company incorporated on the 6th Dec, 1995 under the Companies Act, 1956 has applied for Term Loan of Rs. 15.90 crores to Sugar Development Fund(SDF) for meeting part of the capital cost of its project envisaging modernization & up-gradation of existing sugar factory with an installed capacity of 1250 TCD to 3750 TCD with substantial investment at Kulali cross Mudhol Tq. Dist: Bagalkot, Karnataka State, NSL has included in the scope of the project, the co-generation of surplus power also at a total project cost of about Rs. 97.00 crores. (Sugar unit Rs. 53.00 crores and cogeneration unit Rs. 44.00 crores).

Total Cost of the Project, for the Sugar plant expansion Rs. 5300 Lakhs,(Rs. 42.00 Crores for sugar and 11.00 crores loading from co-generation plant cost) consisting of an Equity Contribution of Rs. 5.30 Crores Promoters, Rs. 15.90 crores equity from Sugar development fund of Govt. of India & the balance of Rs. 31.80 crores funded through Term Loans from the Financial Institutions/Banks.

The funding for the cogeneration plant costing Rs. 4400.00 Lakhs is envisaged by obtaining Rs. 3080 Lakhs from IREDA, Rs 440.00 Lakhs from promoter’s contribution and Rs. 880 Lakhs from sugar development fund.

M/s. Nirani Sugars Limited (NSL) is a company registered under the Indian Companies Act, 1956, initially as Private Limited Company, vide registration certificate number 08/19340 of 1995 dated 06.12.1995 by the registrar of companies in Karnataka, Bangalore, Subsequently, the company has been converted into Public Limited Company vide Certificate of Incorporation dated 15.02.2002 by ROC, Karnataka, Bangalore.

The unit was originally established in the year 1997-98 as a modern Khandasari Sugar unit with a crushing capacity of 500 tonnes of cane per day and later converted into white crystal sugar unit.